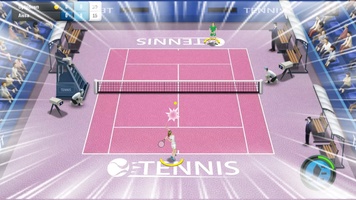 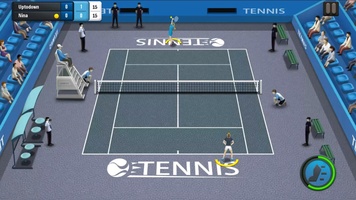 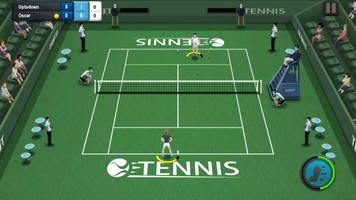 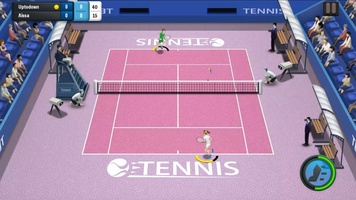 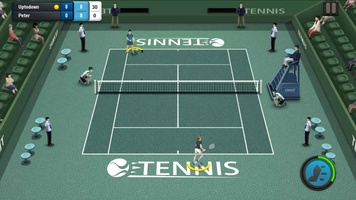 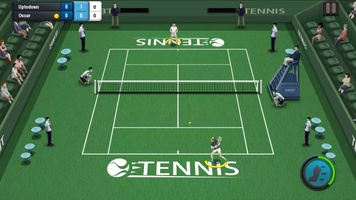 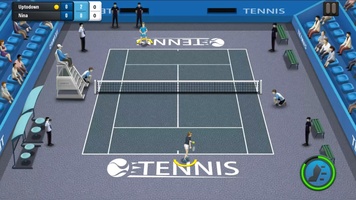 Advertisement
Pocket Tennis League is a 3D tennis game that takes you all over the world to face the best tennis players. You can compete against the artificial intelligence in 'race' mode or against other online players using the 'match' mode.

To begin a new Pocket Tennis League round, you have to choose whether you want your tennis player to be a man or a woman. You can also customize their clothes as much as you want, pick between a bunch of different t-shirts, pants, skirts, and rackets. You can even improve your tennis player's speed and power.

Controls in Pocket Tennis League are perfectly adapted to touchscreens. Just slide your finger towards the direction you want to the ball to move, but, you must do it at the right time. If you can master this technique to perfection, you'll strike the ball with a lot more strength.

Pocket Tennis League is a simple but really entertaining game that includes several game modes, a ton of different tennis courts, and a bunch of characters and rackets. The visuals of the game are also pretty eye-catching, regardless of their simplicity.
Advertisement

There are opinions about Pocket Tennis League yet. Be the first! Comment

Dream League Soccer 2019
Build the greatest soccer team, ever
eFootball PES 2021
The most realistic soccer game on Android
Carrom Pool
Get rid of all the tiles on the board
8 Ball Pool
The best pool game for Android
FIFA Soccer
The 2018 / 2019 soccer season is now on Android
Dream League Soccer Classic
A great alternative to FIFA or PES for Android
Vive le Football
Soccer in its purest form
FIFA 16 Ultimate Team
The best soccer game is back on Android
Advertisement